They don't build them like they used to!  These heavy duty water storage jugs are built to last.  Built with nearly twice the thickness of a Jerry can, these water jugs are more than sufficient to store fuel in, and will last a life time!

Purchased In The 1960s By The Canadian Government, these water jugs were stock piled in various warehouse across Canada.  These stockpiles were purchased to be used in the event of nuclear war with the Soviet Union.

Sold In Packs Of 5 Only 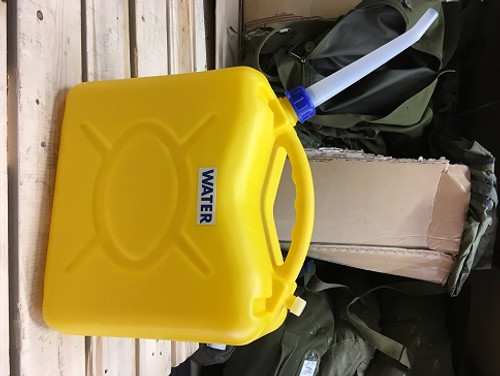